Many international travellers plan a New Zealand, Australia vacation combined. This makes total sense. Surely, once you are in the South Pacific, you might as well make the most of your time there. However, there are some key differences between New Zealand and Australia. Also, lets not forget the Fiji Islands which are totally different again.

The weather for New Zealand and Australia can vary greatly between the two countries. While both countries have winter and summer seasons, there are some Australian regions that you should really travel in the winter season! A great example of this is Ayers Rock/ Uluru. 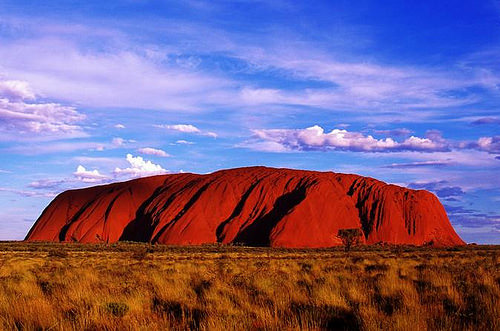 Between November and March, temperatures at Uluru can reach 50+ degrees celsius or 122+ Fahrenheit. Remember, that you won’t always be near a pool or an aircon room. Therefore, the very best time for the Outback is between May and September.

Weather for the Daintree and Great Barrier Reef

Another example is in the northern parts of Australia. This includes the Daintree and Great Barrier Reef in the Cairns & Port Douglas areas. Again, the best time to travel this part of Australia is in winter. 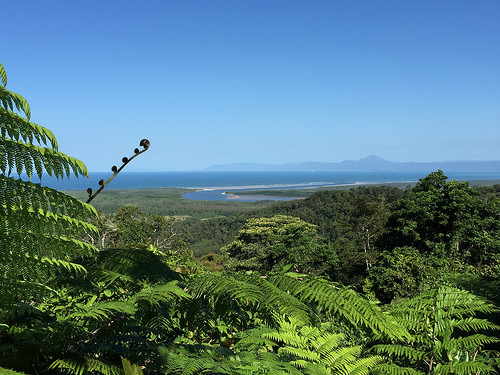 The storm season here happens in ‘summer’ (Oct – March). Here is Michael in July last year on his visit to the Great Barrier Reef . It was idyllic and the water was so incredibly calm. 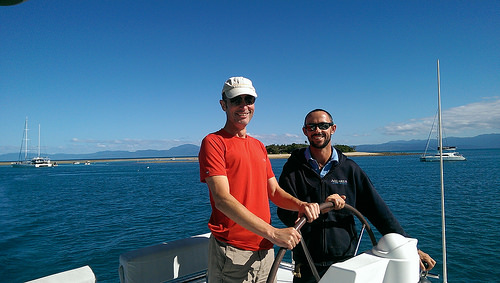 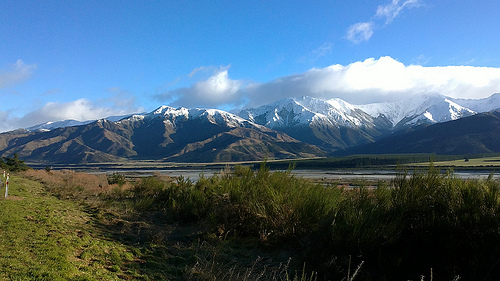 During the New Zealand ‘winter’ season (June – August) you can certainly expect low temperatures (down south to -5 degrees or 23 Fahrenheit). This will also mean that you have have shorter daylight hours. Especially in June and July, it gets dark at 5pm. So you might want to change your mind about travelling in a motor home for those months. Believe me, it can reach freezing point at nights. If you have a low-rent motor home, you won’t find it much fun to trotting off to the camp ground toilet block at 2am!

For many travellers, some of your key Australian highlights can be found in the ‘magic triangle’ – Sydney (Opera House and Bondi Beach) + Great Barrier Reef (snorkelling or diving plus Daintree Forest, time permitting) + Ayers Rock. However, with just a 5-7 day Australian visit, there will be a limit to what you can achieve. 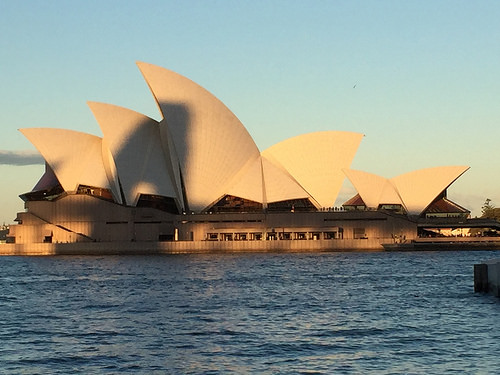 In New Zealand, most travellers are keen to see the thermal activities of the North Island. Also getting a taste of Maori culture is also a wonderful experience. Not to be missed, are the fjords around Milford Sound and the New Zealand ‘adventure capital’ Queenstown. However, visitors are tending to bypass Queenstown to stay longer at other beautiful regions. The number of visitors choosing alternative regions to Queenstown, is gaining momentum.  Not only are these other regions just as beautiful, but they are far less populated.  Of course, no one needs to miss out on the wine growing areas – just about every region has stunning vineyards. 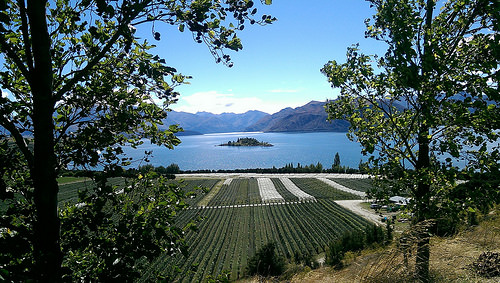 Distances and getting around

Australia is huge continent with 7.7 million square kms (or nearly 3 million square miles). Distances are vast, so realistically, you can only achieve a reasonable amount by taking domestic flights. You’re much better off with time and budget to use a 3-hour domestic flight from Sydney to Cairns – far better than a 3-day drive! Read on Getting around Australia.

New Zealand is much smaller (0.28 million square kms or about 0.103 square miles), but for goodness sake, do not underestimate the time it takes to drive some of the winding roads. In New Zealand, there are so many photo opportunities on the way to your next stay (the scenery is magnificent). Travellers visiting North & South Island will easily “clock-up” 4000 kms. Imagine using up your 2-week holiday with 50 hours of driving! So think about using 1-2 domestic flights or visit less regions and stay longer in each one. Read on Transport options in New Zealand.

Out of a time budget of 3 weeks and depending on the season being travelled, I would recommend that you have at least 50/50 for each country. New Zealand has so many natural, scenic and activity highlights and travellers seriously underestimate the time needed. Check out more sample itineraries for Australia and New Zealand.

You will get excellent flight connections between New Zealand and Australia. Most common flights are between Auckland to Sydney or Christchurch to Brisbane. But other less known routes are Queenstown to Sydney or Auckland to Perth.

Prices between New Zealand and Australia are fairly similar. In respect of accommodation options, Australia has the edge with some of the most amazing lodges, retreats and island resorts.

With the exception of New Zealand passport holders, all travellers will require an Australia visa – even if you’re in transit for longer than 4 hours. So it probably pays to check with your airline before you make any reservations into or via Australia. View this Australia check-list.

As far as New Zealand goes, most European and North American and some Asian countries have visa-free policies for stays up to 90 days. Again, you will need to double-check this prior to your departure. Remember, your passport needs to be valid for at least 6 month after your departure date!